“I noticed the cross in your logo.  Is this a Christian business?”  A question I often get.  My answer – It’s not so much about what we are as business, but much more about who Jesus is to me personally.  So why the name?  Read on.

A few years back, I had started to take steps to rebrand our business.  In the search and development, the name “Crossover” had worked to the forefront of our choices.  However, our theme was more focused on the character building attributes of martial arts training – crossing over from shyness to confidence, from distraction to focus, from being a quitter to perseverance, etc.  Even the cross over from an unhealthy lifestyle to one of wellness and fitness.  However, in October of 2013, the name “Crossover” took on a whole new meaning for us.

It was a cool, breezy morning on October 11th, 2013 – the kind of days I love.  Crisp fresh air, no humidity, the beautiful fall colors, all mixed in with the warmth of the autumn sunshine.  I had enjoyed starting another gorgeous fall day with my men’s Bible study early that Friday morning, a group I had met with for several years.  But little did I know that when I returned home how the enjoyment of that day would abruptly and drastically change.

When he was only nine, our oldest son, Andrew, was diagnosed with Ewing’s Sarcoma, a very aggressive bone cancer.  He went on to endure a year of chemo therapy, a total of 37 surgeries (including the removal of his knee joint and femur), and thousands of hours of physical therapy.  He lived in intense pain on a daily basis.  But you would never know it -  his contagious smile, his uncanny wit and crazy-funny sense of humor.  Unfortunately, underneath it all, the rigors of treatment and the disease took its toll on him on the inside.

I came home that fall morning only to find that Andrew had taken his final breath.  The shock.  The horror.  The confusion.  How could it be that the life we had fought so hard and so long to maintain was now taken away?  Our pastor at the time, Roger Thompson (a man for whom I will be forever grateful), summed it up best.  Much like a pilot in flight, sometimes turbulence gets so bad that you lose all bearings and you can do nothing but rely on your gauges to prevent going down.  However, when the turbulence is so severe that you can’t even read the gauges, your demise is inevitable.  Andrew had reached appoint where he could no longer read the gauges.

We had long been a family of strong faith, but aside from my own salvation, never had I needed to lean on God as much as I needed him that day.  The next morning, after waking up early from what little sleep I could get, I got up to search my Bible and pray.  It’s all I knew to do.  After some time, I decided to go for a walk to try and clear and my head a bit and just take in some fresh air to combat the suffocation I was feeling.  Interestingly, the question that kept coming to me was not “why”, but “how” and “what”.  As a family of faith, and from Andrew professing his own faith, how could this horribly painful event in our life possibly be used to glorify God?  How can those we’ve shared our faith with know that God is still good and forever sovereign?

How, God?  How?  What do I tell people?  How do I explain?  What is it you want people to know through all of this?   All questions that filled my conversation with God as I began my walk.  No more had those words crossed my lips then when an unusual event unfolded which I will never forget.

I was at a point in my walk where I was passing a church in our neighborhood.  I suddenly noticed the side of the church oddly light up.  It seemed peculiar to me because there was a very heavy deck of clouds that morning and it was still quite dark.  I even thought for moment that a car had turned around flashing its headlights across the building.  I turned around to see if that was the case and noticed that there was no car, but rather the slightest pinhole in the otherwise solid deck of clouds that cast a beam of light falling directly onto the side of the church.  “What do you want people to know?”, I had just asked a few short moments ago.  I then noticed that the cross displayed on the side of the church was perfectly framed by the sunbeam that was shining directly on it!  I stood in awe for a few moments, and then for whatever reason, took out my phone and snapped a picture of it.  I took a few more steps and then watched it go dark again as quickly as it had illuminated.  God had answered my prayer immediately and directly, “What was accomplished on the cross.  The cross, Dave.  That’s what I want people to know”.

I want to take pause here to let people know that this was not a “sign from God” that changed truth or altered the gospel.  But I do believe it was a vivid reminder given to me to point people to Jesus’ work on the cross, quite frankly, as I should have been doing all along anyway.

And so, it was at that instant that “Crossover” took on a new meaning, a new focus, a new purpose.  I am only a wreched sinner, saved by grace.  But I want you to know my King, and what he has done for us on that cross, by bearing my sin and giving me eternal life with the Father.  It is my hope and prayer that many, but even one, come to know Jesus as a result of the walk I took that day.

If you don’t know Jesus as your personal Lord and Savior, I point you to Him now and ask you to accept his gift of an eternal life with Him.  If you have questions or would like to talk or pray, I invite you to call me, message me, email me at any time.  Some may think it odd that I share this with you – that’s OK.  But if I really believe what I believe (and I do), what kind of a hypocrite would I be if I didn’t share the best news there has ever been!

It has now been nine years and yes, the pain is still as raw and wrenching as it was on day one.  But this I know – God is still good.  God is still sovereign.  Jesus is my King.  And I know Jesus is Andrew’s King, too, as I was with him when he asked him to be so.  I will one day be praising and worshiping Jesus alongside Andrew.  I want you there, too!

“I tell you the truth, whoever hears my word and believes him who sent me has eternal life and will not be condemned; he has crossed over from death to life.”

That’s the real “cross over” story. 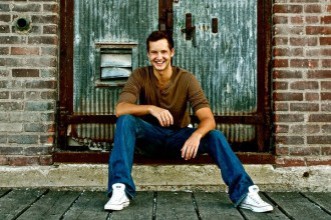 P.S. – If you would like to learn more about Andrew, we invite you to visit his memorial site, listen to the message, and view remembrance videos at www.AndrewYoungman.info

Learn all about our academy and our various classes.